An Invention And Making It Available To Billions

The creation or formation of a device or process or a phenomenon is generally termed to as an ‘invention’. Inventions have found a place among mankind since the early days. It started being conceptualized by human beings since then majorly in terms of technology. If we go into comparing the early days and now, the devices or phenomena which people used that time varies from the one that we use now. This all began with the invention of new and efficient devices and phenomena. Further, people understood the importance of inventions as with time they realized their tasks getting easier.

The Invention makes true sense when it is available to scale to billion people and serve the purpose and not just being utilized to a single person. The whole idea is to add value to people's life. People's ability led them to inventions and inventions led them to explore every bit of technology. And here we have reached a stage where we use advanced and future technologies like Artificial Intelligence(AI) integrated with various platforms. Nescode is working upon AI model and soon will be up with a meaningful AI uses in business and life.

Make Something And Sell It To Billions

During the last few decades, globalization has changed the manufacturing world and market dynamics. Availability of talents, resources and raw material economics no longer bound by geography. 21st-century manufacturing/service sectors leveraging the global pool of talents and they make the product by keeping in mind the global market. Today’s industry is much different in terms of strategic pursuit from a production point of view and making products available in the market both. The game is now been played on the basis of agility, responsiveness and innovation with the fundamental support of technology and skills.

It’s a connected world, in the early days perhaps all the manufacturing and service companies missed to address the related ecosystem of byproducts associated with inventions. The current market is not only about core inventions but byproduct associated with that has equally large market share. Let’s take an example of Android OS and byproducts like app ecosystem in play store. Earlier, mobile phone OS dynamics was limited to leading companies like Apple, Blackberry and Nokia, Google brings a revolution by building one of the most innovative platforms called Android by leveraging the open source Linux kernel. Currently, the number of Android Phones are getting sold is much higher than all other platforms. If we analyse the play store ecosystem in terms of apps economics, the market size and community of companies who develop and market the apps is so enormous that its difficult to give represent with numbers. The number of jobs Android platform created is beyond imagination. This is what we call it an invention and making it available to billions of users. 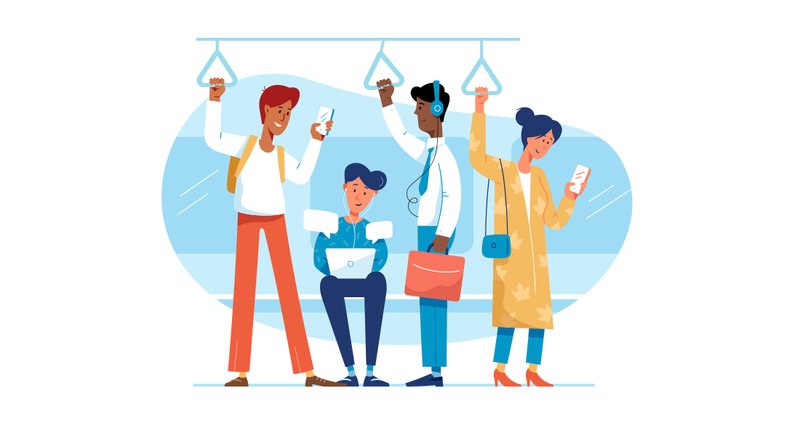 Let’s take an example of Raspberry pi - a credit card sized computer for learning and IoT device. Raspberry pi brings the revolutions in developing country education sector by reducing the cost of the computer to learn programme. Early days, it was too difficult to afford the computer especially for developing national educational institute, Raspberry pi started developing the chip that fits into a pocket and gives enough powers to run an operating system like Ubuntu or Windows. Technology enthusiast can play around to build an IoT platform to empower the home automation to serve the industrial purpose. The distribution model of Raspberry pi is so amazing that people can buy it from online or offline without putting any effort by just paying $25.

Scaling The Ideas To Billions And Reduce The Cost

Inventions are not only limited to manufacturing companies, even the service sector are equally competent to build an idea and scale to billions. Let’s take an example of Uber who transformed the public transportation system by offering the quality cars in less than a half of price. Moreover, it was not only about the price tag, but it was also about making it available in such a simple way that people can book a cab from a cell phone without making a call. At Nescode, our research on the service sector shows that the real transformation of the country or world will be led by the service industry and the reasons are many.

To build an idea and scale it to billions and reducing the cost can be understood only if we understand the concept of demanding, low margin/high-scale business principle. The conventional service industry has a very low margin as service providers have capitalized the segments, earned tremendous profits. Especially in a country like India, where the population are so huge that demands are being generated much earlier than even the beta version of products/service release and that project into a high-scale business. And since products/services need to make available to billions the cost has to be on the minimum side.

There is a difference between cheaper and affordable. The Idea of scalability should be aligned with making things affordable to billions of people without compromising the quality of product/services. Until and unless we maintain the quality of products/services, it would be literally hard to make it available to billions of population reason being people take the buy call only when it is reliable and fits into their budget.

Let’s take an example of cloud business and competition between Microsoft, Google, IBM and other players. All of them trying to scale their products and services without compromising the quality of their infrastructure and software. In early days, cloud business has a monopoly by Amazon and IBM, then other players entered into the market and started building the offers to aligned with small scale industries, if you focus on their marketing strategy, they always talk first about people than enterprise means they know if we catch the retail market, enterprise market will come automatically just making the platform more robust. The competition will heat up even more in coming days because most the cloud vendors try extremely hard to make it simple and feature rich. Their SaaS offerings even work as a catalyst to competition. If we look into their competition game, its neither a compute, storage and database or networking game,  not SaaS offering, It's all about how to capture the billions

Inventions have a duty to serve those with less. We believe it’s our sole responsibility to aims for useful inventions to the majority of people for whom technology is still a buzzword and to improve the quality of life for billions of people. At Nescode, we believe when inventions shouldn’t be only in technology domain but also in the implementation of it into lights, clean water and nutritious food since its a foundation of a healthy society.