What It Takes To Be An Independent Nation? Is India One Such Nation?

‘Independence’ is a broader term. It carries with itself multiple sense of meanings and varies for an individual, an organization, a community or a nation. For an individual, it may be the freedom of speech, to practice a certain culture or religious values or practice any job. For an organization, it would be the freedom to make an amendment in the functioning of the organization and practice rules and regulations of their choice. For a community it is the freedom to practice its religious practices. For a nation, independence relates to a state where it is not controlled by any external nation and the nation can practice all sorts of development activities without any external hinderance.

An independent nation is an ultimate staircase to the national development. Once a nation is free from any sort of external forces acting on it, only then it can take decisions in the national interest. If an external power is controlling the decision making of some nation then that nation cannot be considered as independent. Also, in such situations the ruling country will impose their own rules and regulations which may not be desirable by the people of the nation being ruled over and it may also not be in the favour of them.

India, being one of the earliest emerged civilizations, has seen a lot of ups and downs in its journey. It was ruled by British. During that period, Indian citizens have faced extreme slavery and discrimination. India is a vast country being a home to several religions and their subsections. Under the British rule, Britishers took advantage of these loopholes and made Indians fight with each other.

However, Indians came to a realization and chose to fight for their freedom and independence. They struggled and attained independence at huge loss of lives. They wanted freedom of speech and expression, the freedom to practice any religion and occupation, the freedom to choose its own leader. And all this is clearly reflected till date in our constitution, emerging India to be the biggest Republic.

Infrastructure and Technology are key essential areas of implementation to be focussed upon by a nation for being marked as independent. Being independent in terms of ‘infrastructure’ means that a nation has all the required equipments, platform, structure, specialization as well as authority to operate and provide a platform to its citizens leveraging their talent and skills to add value in further development of the nation. 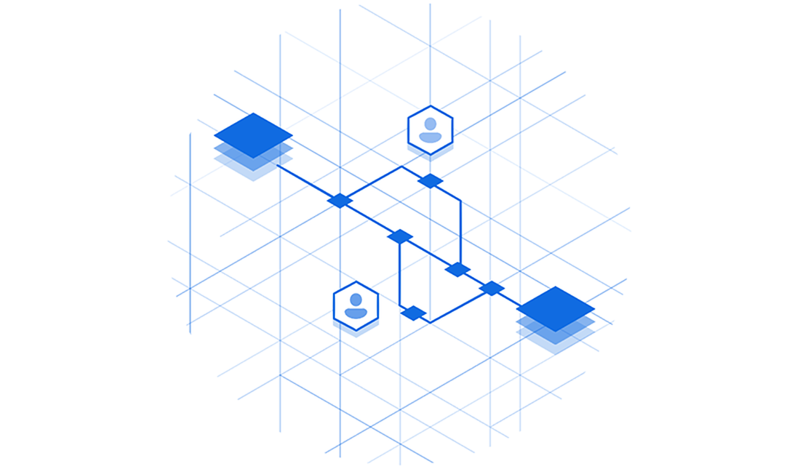 ‘Technology ‘ is the domain in the current era which includes all the inventions, discoveries and their scope. Technological independence means that a nation is independent to carry forward any kind of operation related to findings. At a grass root level, even the individuals and organizations within a nation need some freedom under technology sector. Here, the freedom may relate to setting up of a company or providing products and services of their own choice. Also, people want freedom while socializing with others. They should have a freedom to avail the software, products and services of their own choice. They should have an independent choice to select from the social media platforms people want to select, and to handle their personal accounts.

‘Globalisation’ is the process of interaction of people, community and trade at an open and global platform. Today's world isn't just limited to a country or a continent. Countries participate globally these days giving them an open exposure of actions and activities taking place worldwide. A country should participate globally in order to showcase their skills and powers to make a marked recognition worldwide and stand one and unique among various countries.

However, the concerned authorities of a nation should understand what information and skills they need to showcase at the global level and what not to. This is so because being too open in front of other nations may give them a clear idea as to what your strengths and weaknesses are. This may at times lead to a proper planning by them to strategise figuring out your internal governing activities and may play a chance to bring you down. Hence, it is advisable to always figure out the level of openness when and where required keeping the confidential data intact.

For any business, it is important to spread a word or showcase your products and services to bring in trade. Similarly, it is necessary for a nation to participate globally in order to interact with them and bring in trade. Also, there is an added advantage of forming an alliance with the other nations to safeguard ourselves in a war situation. This is possible only when a nation manages and cultivates a healthy relation with the fellow nations.

Penetration Of Us Companies In India  & Data Breach

With India stepping into globalization, it started providing and encouraging a trade and cultural exchange with other nations. United States being a powerful and vast economy started establishing its base here in India.

United States was successful in penetrating a huge base in India as they found quality capital and human resources at cheaper rates. This way they had to invest less and get more work done. Down the line, India started facing data breaches at various levels. 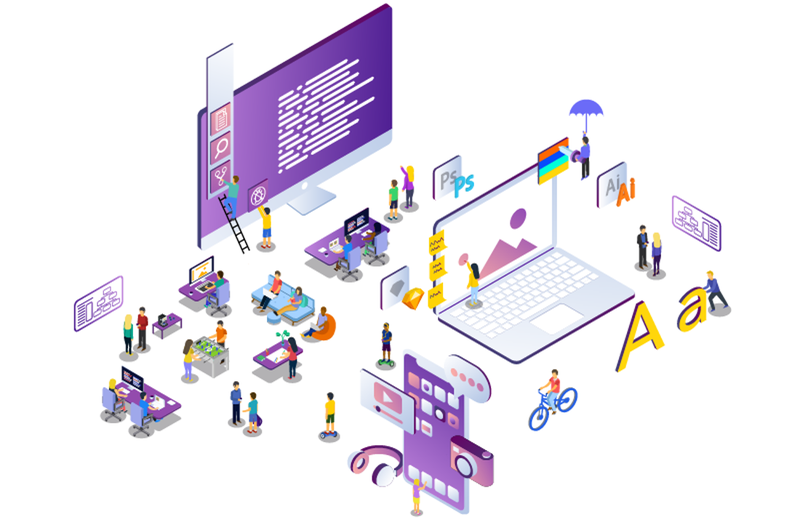 There was no proper networking and authentication technology evolved to rectify these breaches as a result of which India faced huge losses. These losses can be in terms of tracking Indian military actions and strategies, keeping track of Indian technological inventions and discoveries, our trading details and strategies etc. It is evident that if such crucial and critical details are breached and other nations take advantage of this, India can be demolished. Also, cyber crimes may increase pushing Indian economy down.

India has been facing data breaches since a long time. The recent one being the ‘Aadhar card data breach’. As per Indian government, all the Indian citizens are required to enrol for Aadhaar which gives them a unique number. Government made a rule to link all the bank accounts and PAN with this Aadhaar number. But, they didn’t ensure proper security measures. As a result of which the hackers got a chance to penetrate and get the personal account details of various bank accounts and withdraw money illegally.

If we go through a survey and  look at an insight about social media, professional sites and online e-commerce sector, we find that each of these is governed and led by US companies and authorities. Have we ever wondered why is it so? Maybe, because they have established themselves as a world economical and technological power.

The above facts clearly put us under a thought that if all the things are under their control, how easily they could utilize their power and crack all the information as and when required. Also, most of Indian services and other data are available on US or Germany’s servers keeping under consideration their safety and security measures. But, how about if there comes a situation when they themselves retrieve all these data. Won’t it be a great idea if India can develop its own servers even more powerful than the other servers?

The ‘Make in India’ concept initiated  by our Prime Minister Modi focuses on making goods, products and services within India. How about if it takes over the technological aspects within itself? This will not only promote our citizen’s potentials but also will encourage them giving recognition globally thus, reducing the data breach threats.

Seeing the current status of data breach, the question arises whether India has a regulation to control and monitor the data. Since India is a developing country, its governing authority is well aware of the fact that it would be encountering several confidential data at each and every step. Having such confidential data, being a nation, it should work after ensuring ways and means to avoid the data leakage and safeguard the nation-wide crucial data.

As a Nation, India has laid various guidelines in safeguarding people’s interest. But, what if the companies don’t stick to these rules and regulations?  Our authorities have come across several instances where even after passing on guidelines and regulations, companies hinder it for their personal benefits. They indulge in practices which not only hinders the laid guidelines but also is legally wrong. India, housing a population of 1,356,644,461, needs to safeguard all its citizen data. But, who should be accountable of vulnerability of citizen’s data? It is not only the duty of the government to safeguard citizen data but, it is the foremost duty of an individual citizen to act smart in following steps and measures to protect their data and then pass on the responsibility to the authorised officials.

Apparently, European Union and China are following an approach that helps them avoid data breaches. The European Union’s strategy for cyber security prevents and responds to the attacks that affect Europe’s telecommunications. China on the other hand follows regulations under which people from outside China aren’t allowed to carry any audio/visual recording devices that may by chance record the internal affairs of China and misuse it elsewhere. Also, any researches being performed in China needs to be handed over to the Chinese government in the form of an additional copy. This is the reason why Chinese affairs doesn’t find a place in social media as compared to the other countries. 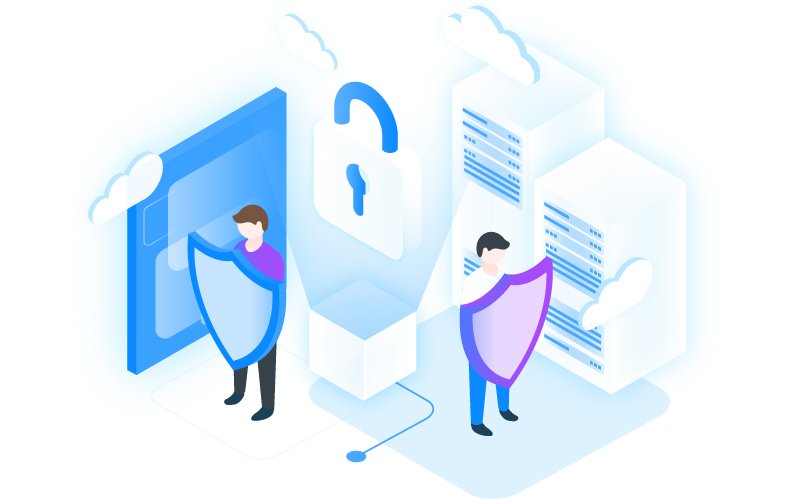 India should also come up with such strict strategic planning to safeguard itself and its citizens from any future threats. Yes, it isn’t advisable to cut short the relations with other nations but, personal security shouldn’t be at a stake too.

This can be done if quality professionals carrying an expertise are deployed within Indian organizations. Our nation should break all the social barriers and come out of its age old reservation system to bring in genuine equality at each level. They should focus on talent and quality a candidate brings in with him/her. This way India would be able to retain its quality resources and work in the development of India rather than facing certain social reforms and going to other countries like US and UK and work for them.

A nation will be considered as ‘independent’ only when it has no external forces making any decisions for it. India might have got freedom long ago, but it still isn’t independent in true senses. It still needs to eradicate its old social reforms in order to enhance the technological and infrastructural growth. Our nation should develop a common understanding that social barriers and growth doesn’t go hand in hand. To safeguard its citizen it needs to act smart and most importantly, ‘Act Right’.