Open Source Software Is About Freedom And Community

Open source in software development means ‘open collaboration’. This approach promotes universal access to codes, softwares, and platform without any proprietary code. Open source community is a platform where Organizations, individuals and developers come forward and contribute in terms of code, software or developing resources. Open source softwares are the ones that do not have any proprietary code attached to it and can be availed by anyone and from anywhere at anytime. There is no price attached to these softwares. In this approach, software users have freedom and it’s not about price at all. 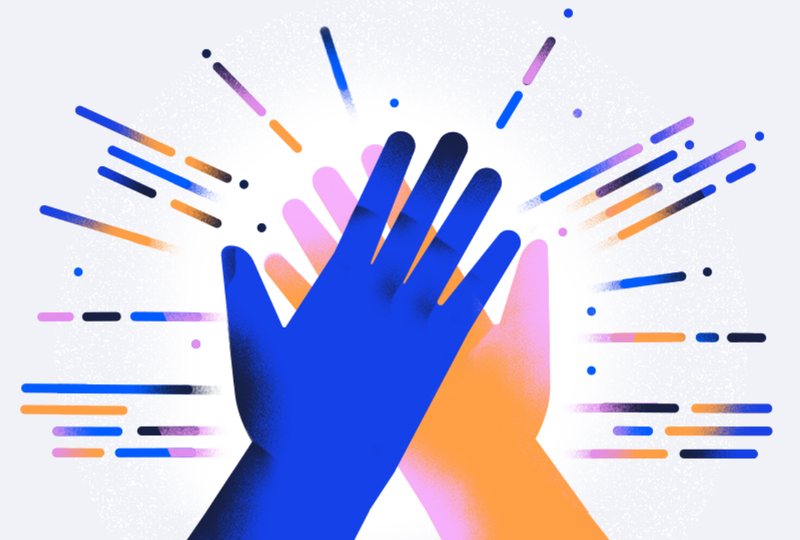 Open source philosophy encouraged the freedom of developers and built a community that is much stronger and larger than any enterprise. We should be thankful to the internet which helped in boosting up and promoting open-source globally. Open source approach is a wide success and highly desirable by developers and communities. It has generated a wide trust among the mass and spread a message that anyone and everyone can learn and be a great developer by utilizing open source resources. It also conveys a social message and responsibility of equal opportunity and availability of resources to anyone and everyone.

The open source idea began against the proprietary code which was only made available against payment and hence was with a very small group of people. People then realized that learning and contribution towards development should not be restricted. With the ever growing world, people realized that there is a scope of contribution in development from each of us. Many used to remain debarred from softwares and resources due to restrictions and proprietary code. This was either due to financial obligations or security reasons. This idea grew exponentially as several people and organizations were benefited from it.

Open source evolved majorly in schools, colleges and academic institutes initially. Furthermore, it is being carried forward by various individuals in several directions. This is the reason for the popularity and growth of open source among the mass as it gives them the freedom of usage and thought and the right to use the resources anytime and anywhere.

What Does Open Source Meant For Developing Nation

Linux platform is one such platform in the history of softwares that has been open source since early days. Ubuntu operating system, being open source has revolutionized  the African countries. African countries dealt with huge lack in education resources. The arrival of Ubuntu distribution represents the best that the world’s software community can ever have. Ubuntu is based on Debian Linux distribution and could be run on many older computers as compared to other Operating systems. Having developed in 1991, Linux allowed people to access and make changes in the software in order to manipulate it  by altering it for the scope of improvement or customization.

Open source approach allowed people and gave them the freedom to use and make changes to the software in the way they want and make it beneficial for their use in their own way. It has given an opportunity to read, understand,use and distribute to the students to the world’s biggest tech companies like Apple. Even these big companies have realised the worth and potential that open source possesses. If you see, even Apple’s Mac OSis build upon FreeBSD OS.

Nescode has always believed in using open source platforms and contributing towards open source environment. The reason being that, the founder of Nescode was himself inspired to explore Open Source platforms during his degree days. He was blown away to discover a free operating system - Ubuntu which came along with an editor, compiler, browser, media player and debugger. In short, all of the tools you need to start a developer journey, and more amazingly, all of the source code! It was an incredible opportunity for a teenager in a small city like Patna(Bihar), India to learn from the open platform.

Today, open source community has come a long way ahead in achieving success. It has grown up exponentially. This wide acceptance and features provide huge and advanced opportunities for students and developer. It has become more powerful, accepted and advanced than earlier days.

Open Source Is All About World Class Software & Good For All

Since open source is built by the community and source code is open, the quality of software used to be always better in terms of security, scalability and integration. As a community, it is open for people to suggest or make changes in the code for not only their betterment but also, if one person or organization makes any changes or provides any alternative, that is shared with the whole community and thus helps everyone to learn and explore something new and better.

Such is the power of Open source that even the big techies like Microsoft, Apple, etc., have also forwarded an appreciation. Earlier, Open Source also faced several criticism and contradictions by big tech companies. Microsoft is the one who called open source software as cancer at one point of time, but, at present, Microsoft contributes and supports open source more than any other prevailing company. This is a clear indication that an open framework or community will always build a better future undoubtedly.

Today is the world of Open source era. It is all about forming a community and sharing everything among them for their betterment. Open source is much more than sharing. It is about freedom and community. We should all encourage the open source approach. Nescode believes and promotes open source at every step.